Yaki Udon is a Japanese stir-fried noodle dish which includes thinly sliced pork and vegetables seasoned in a thick and savory sauce. Traditionally vegetables such as cabbage, carrots and onions are used. However, these days, people also use their favorite vegetables.

Depending on the family and region in Japan, the sauce for the noodles varies from a thick sauce rich in flavor, to a lightly seasoned with soy sauce, or even an umami dashi flavored sauce. Instead of using pork, there are variations that use shrimp or squid which can also be commonly found in Japan.

It is said that Yaki Udon originated in a diner in Kitakyushu City, Fukuoka Prefecture, just after the end of WWII. At that time, when locals wanted to make Yaki Soba (another popular Japanese fried noodle dish), they couldn’t source the correct noodles because of a national food shortage. Instead, they opted for udon noodles, which in turn was well-received by the locals. This is said to have been the origin of Yaki Udon. After that, many other Japanese began experimenting with stir frying udon noodles, and creating their own varieties with different ingredients and sauces.

Japanese tend to eat Yaki Udon as a main dish at home. It is also a dish commonly served in Okonomiyaki restaurants, alongside okonomiyaki (Japanese savory pancake).

This time, we will introduce a sauce-flavored Yaki Udon recipe that is well-seasoned and of course tasty. Serve with toppings such as dried bonito flakes, aonori (green laver), pickled red ginger, etc. as you like. We hope you’ll enjoy our Yaki Udon recipe! 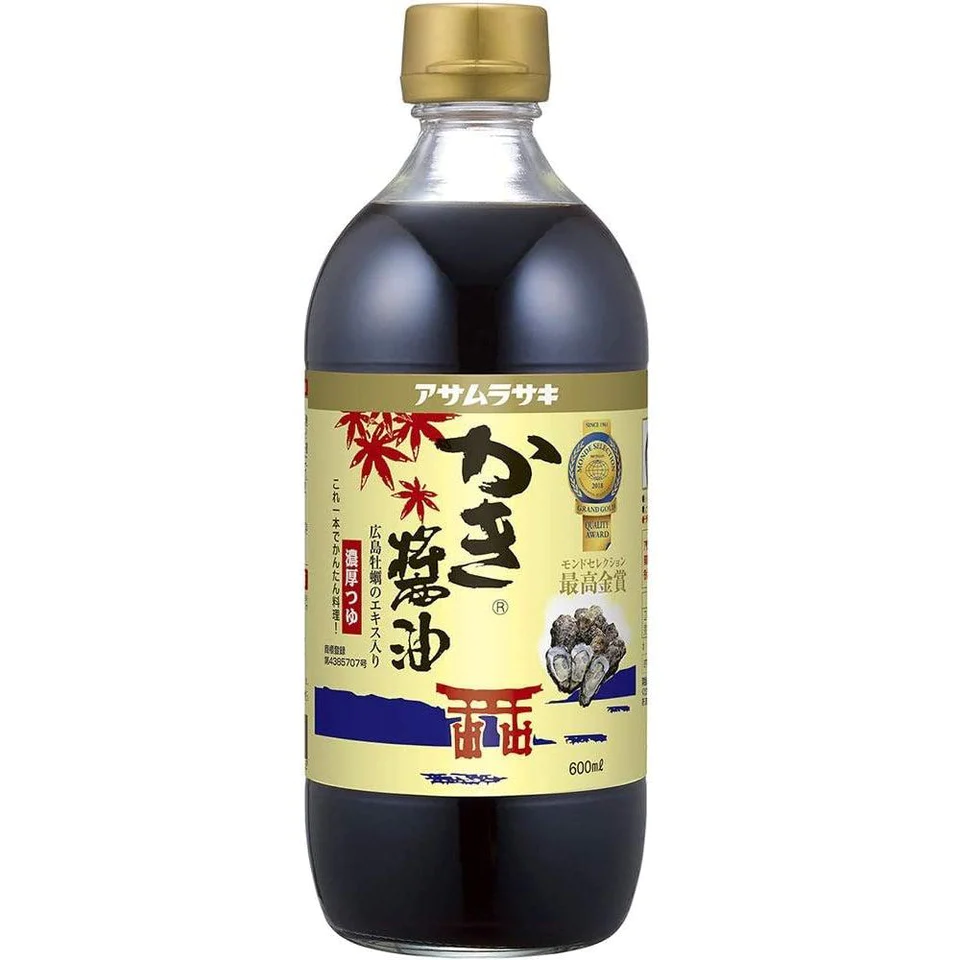 Oyster sauce is a condiment commonly used in Chinese cooking that, as the name suggests, is made with oysters.

While Worcestershire sauce, which looks similar, is made from a combination of vegetables, fruits and spices, oyster sauce is made by boiling down the juice of oysters and seasoning it with sugar, salt, and vinegar. It looks dark and has a thick but slightly liquidy consistency.

Although the taste varies depending on the brand, the common characteristics of oyster sauce are the richness and sweetness of oysters and the strong aroma of the sea. However, this Japanese Oyster Flavored sauce, combines both the umami and savory flavors of shoyu and oysters. If you use this Asamurasaki Natural Oyster Soy Sauce, you will surely be able to elevate the umami factor of your Yaki Udon, or other dishes. 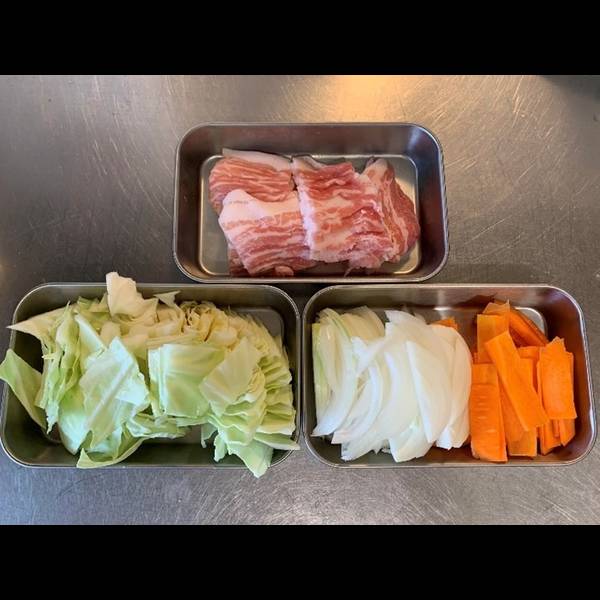 1) Cutting the Vegetables and Pork

Cut sliced pork and vegetables into bite-sized pieces. Make sure that are all even in size. 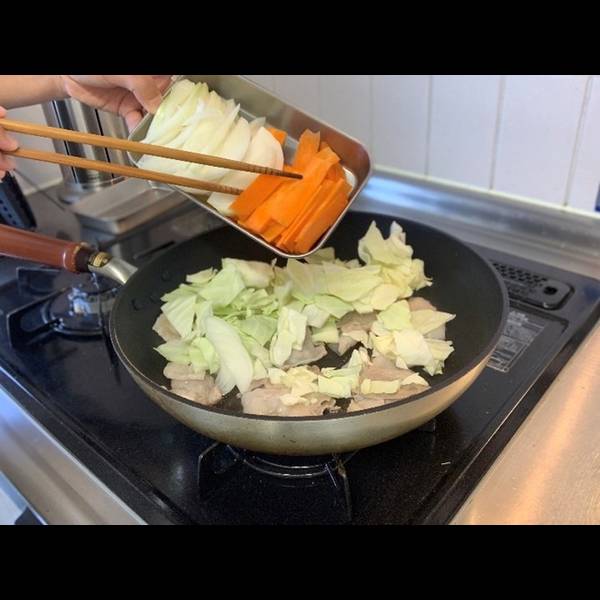 2) Cooking the Pork and Vegetables

Stir-fry the pork first on medium heat in a fry pan, and season with salt & pepper. When the pork is almost cooked through, add in the vegetables and stir everything to combine. 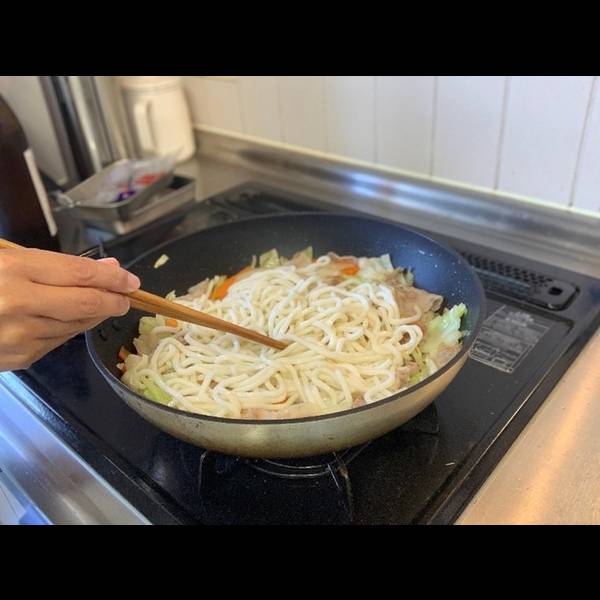 Continue to cook the pork and vegetables together, until the vegetables start to lightly wilt. When vegetables turn a bit translucent, reduce the heat to low, and add in the udon noodles and sake. Stir-fry the udon noodles for about 1 minute while loosening and combining them with the other ingredients. 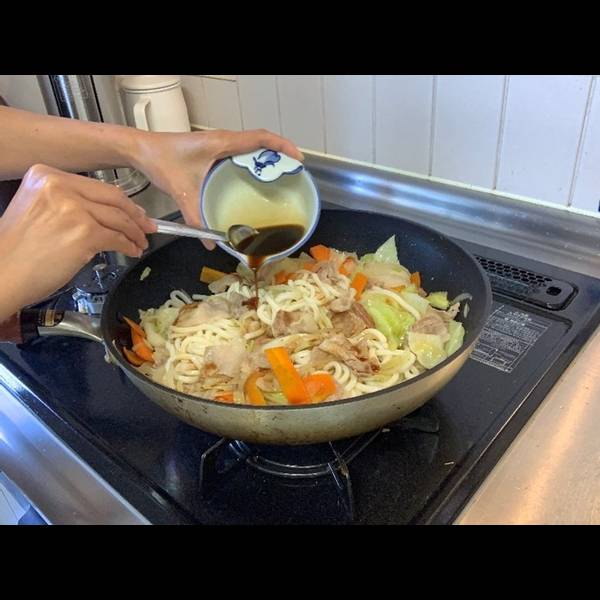 Mix the sauce ingredients in a separate bowl, and then add it to the yaki udon mixture. Increase the heat to medium and make sure all of the ingredients are evenly coated in the sauce. 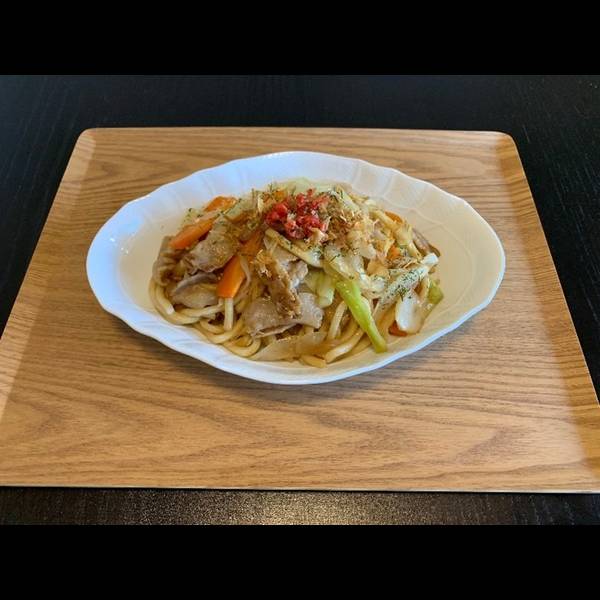