Karaage is a typical Japanese home-style deep-fried dish consisting of chicken thighs seasoned with soy sauce, garlic and other seasonings, then coated with flour or starch, and finally deep-fried in hot oil. Once fried, the coating of the chicken becomes crisp to perfection, and when you bite into the chicken, you can taste its tenderness and juiciness. It’s a popular dish among adults and children alike in Japan.

Karaage first made its appearance in Japan around 1930. The method and influence of deep frying came from China, as a way to prepare tofu or other vegetables to make them extra tasty. This technique was then used on chicken and the results were of course delicious! It is said that the original Japanese karaage comes from Oita prefecture, but its popularity then spread throughout Japan, especially after WWII.

Today, karaage is often eaten as a main dish at home with rice, salad, and miso soup. It is also commonly used as a side dish item for children's lunch boxes or as a drinking snack to accompany beer for adults. Outside of the home, karaage is also served at Japanese restaurants and can be found in convenience stores or in the deli section of supermarkets. Recently, there has been an increase in the number of karaage-specialty shops in cities, making it easy to take out and enjoy authentically delicious karaage.

The most popular seasonings used for karaage are soy sauce and salt with a squeeze of lemon, but each household has their own variation of seasonings, such as curry or even seaweed. The texture also varies depending on the flour or starch used. Wheat flour makes the karaage coating thick and coarse, while potato starch makes it a little moist, and rice flour makes it thin and light.

Find your favorite flavor and texture! Today we will introduce a recipe for a karaage that combines flour and potato starch with the classic soy sauce flavor. Serve freshly made hot karaage with lemon wedges or your favorite dipping sauces on the side! This is a seasoning sauce for karaage from Fundokin. It has soy sauce, garlic, ginger and other spices already mixed in, making it very easy to prepare fried chicken even when you do not have garlic or ginger at home. This recipe comes from Oita prefecture, the birthplace of karaage. It is very easy to use. Just change the seasoning given in this recipe to this Fundokin Karaage Chicken Seasoning Sauce if you're in a hurry. You'll have delicious karaage! 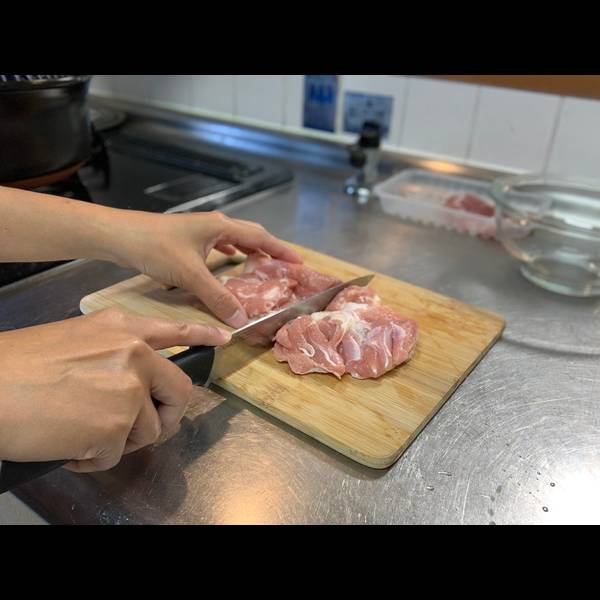 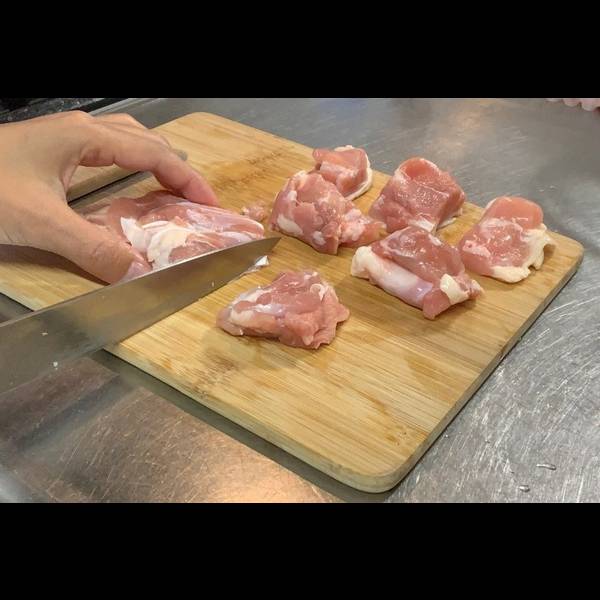 Cut chicken thighs into bite-sized pieces. They should all be uniform in size so that they cook evenly. 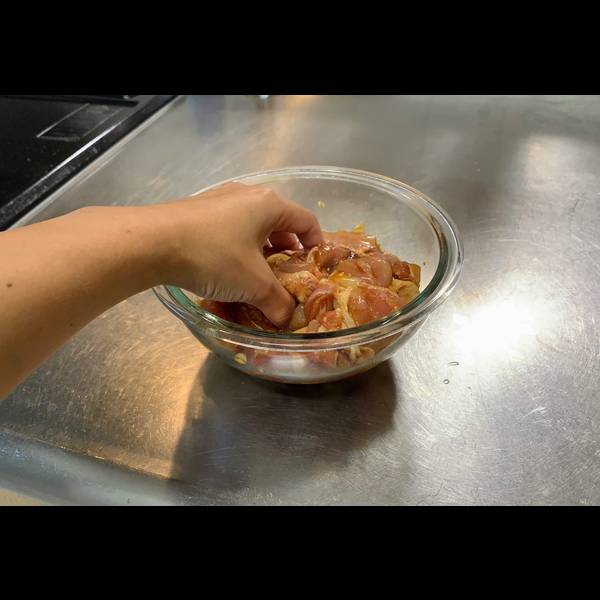 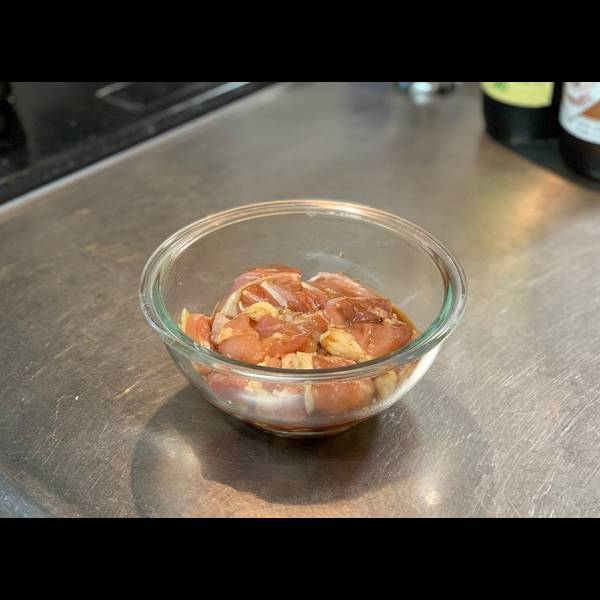 2) Seasoning and Marinating the Chicken

Combine the chicken and seasonings in a bowl and mix well. Use your hands to make sure the seasoning has thoroughly coated the chicken. Cover with plastic wrap and place into the refrigerator for at least 30 minutes to allow the chicken to marinate. 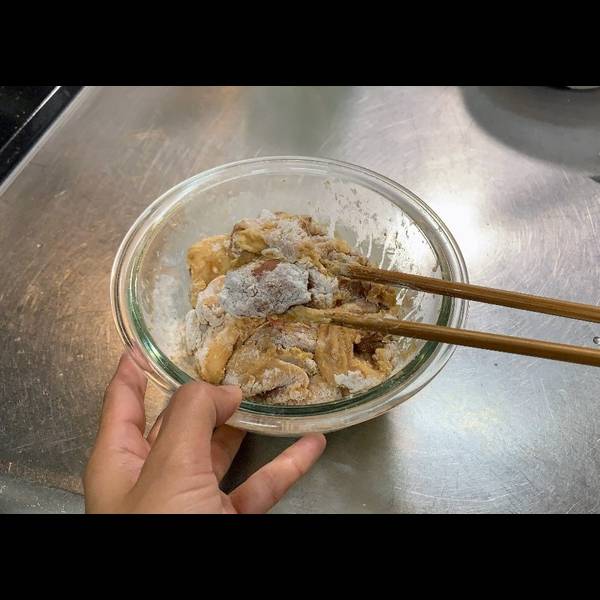 3) Adding the Flour and Starch

Once the chicken has marinated, add the flour and potato starch into the bowl and use chopsticks or a spatula to thoroughly coat the chicken. 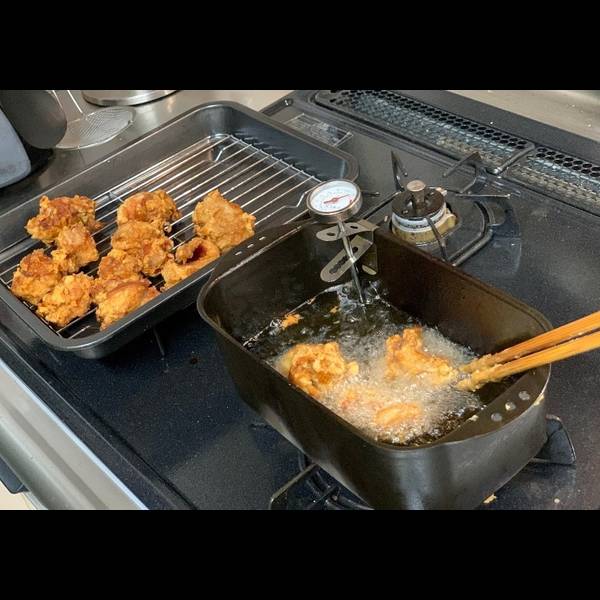 Add 2 or 3 cm of oil into a deep-frying pot and fry the chicken at 170°C for about 4-5 minutes, until it is crispy, golden brown, and cooked through. 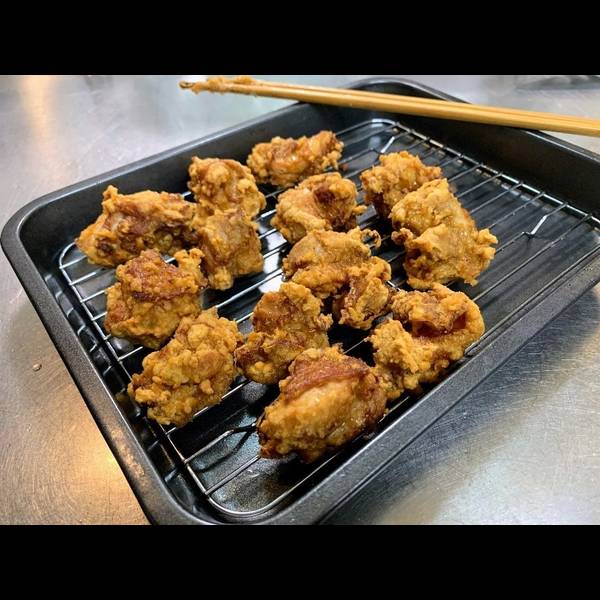 The karaage will be very hot when it comes out of the fryer, so please be careful. Serve with lemon or your favorite dipping sauces and enjoy!