Chicken Katsu, or Japanese fried chicken cutlet is made of fileted chicken breast that has been coated in flour, egg, and panko bread crumbs and then fried until crispy and golden brown. It can be served as a main dish with some additional garnishes and side dishes, used as a topping for curry rice, or even be added into sandwiches. It is a versatile food that can be used in many ways.

Before that, let's talk a little bit more about what chicken katsu actually is and why it's popular. 'Katsu' カツ is short for 'Katsuretsu' カツレツ or cutlet in English. It is a general term used in Japanese cooking for meat or seafood that has been breaded with panko breadcrumbs and fried. The inspiration of katsu is said to come from the German 'Schnitzel', which is thinly sliced meat that is breaded and fried. Chicken katsu is prepared the same was as tonkatsu, the pork version of katsu, but was created to be a slightly healthier alternative to pork.

Chicken katsu can be just as commonly found as tonkatsu in Japan. As previously mentioned, it is often used as a topping for Japanese curry rice, so many restaurants offer it this way as well. It is also offered in most set meal restaurants, or teishokuya (定食屋) in Japanese, as a set with rice, miso soup and Japanese pickles. When you order chicken katsu this way, it will typically come served over a bed of thinly sliced cabbage, tomatoes, and drizzled in tonkatsu sauce. Other ways that chicken katsu can be found is as a filling for sandwiches sold at convenience stores, even already prepared and sold as is in supermarkets.

While chicken breast is usually chosen over chicken thigh for chicken katsu because it is lower in calories, you can of course use chicken thigh if you prefer. Just be sure to adjust the cooking time and temperate since it takes longer to cook thigh meat. Now, let's get on with this simple but delicious chicken katsu recipe!

Note: this dish can be made by substituting the flour and panko bread crumbs for gluten free alternatives.

The choice of pot is very important for successfully deep-frying foods. The key to choosing the right pot is its depth for holding the right amount of oil, and its heat retention properties for maintaining the appropriate temperature for deep frying. It is also important to control the temperature properly during cooking and to drain excess oil from the finished product to avoid failure. This Yoshikawa Mirakutei II Advanced Deep Fry Pot has all of the above functions in one and is specially designed for deep frying. We recommend this pot for making delicious deep-fried foods. 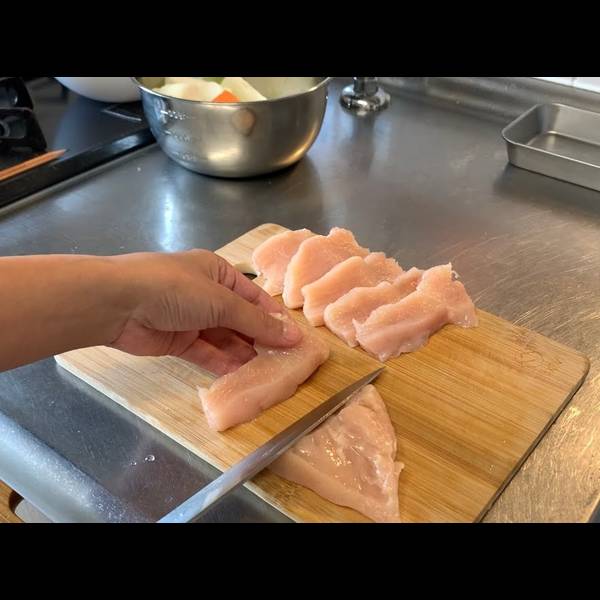 Slice the chicken breast into 2-3 cm pieces and sprinkle them with salt and pepper. 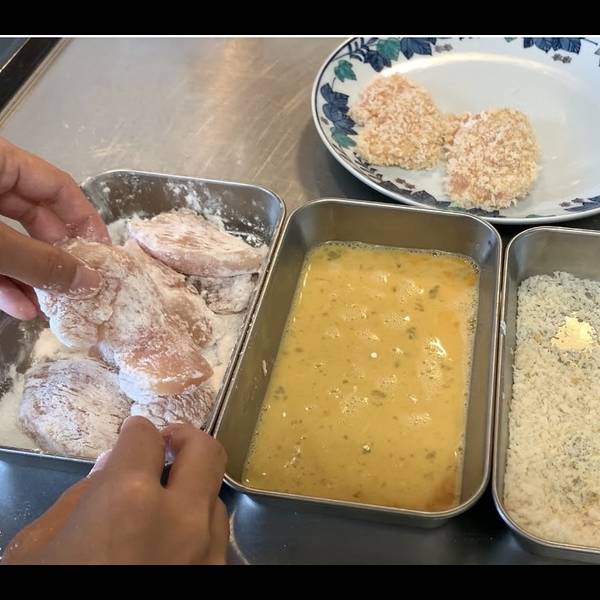 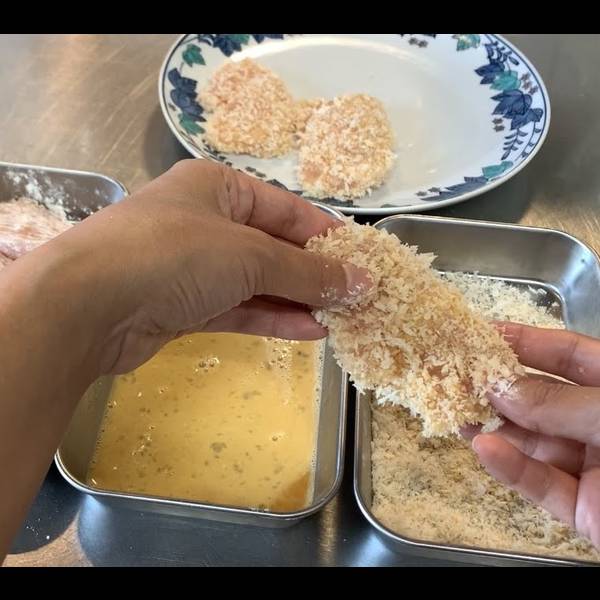 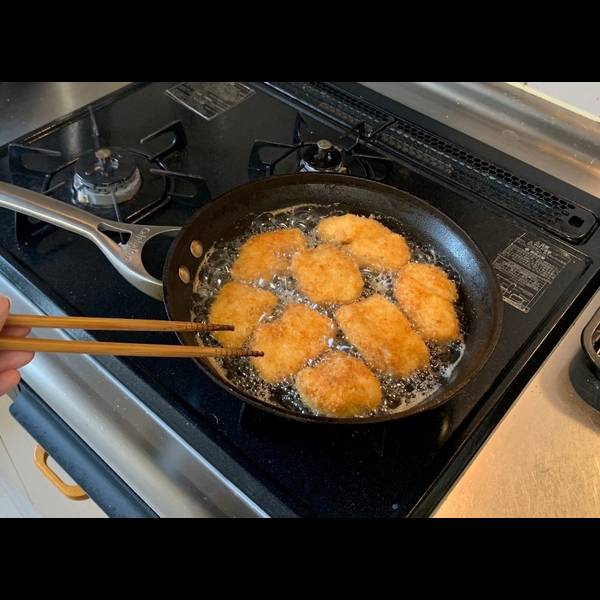 Once your chicken is coated, it is ready to be fried. Heat a heavy-bottomed pot or pan with oil until it reaches 170°C, and carefully add the chicken pieces into the oil. Be careful not to overcrowd the pan. Fry the chicken pieces for 4-5 minutes, or until they are golden brown and cooked through. 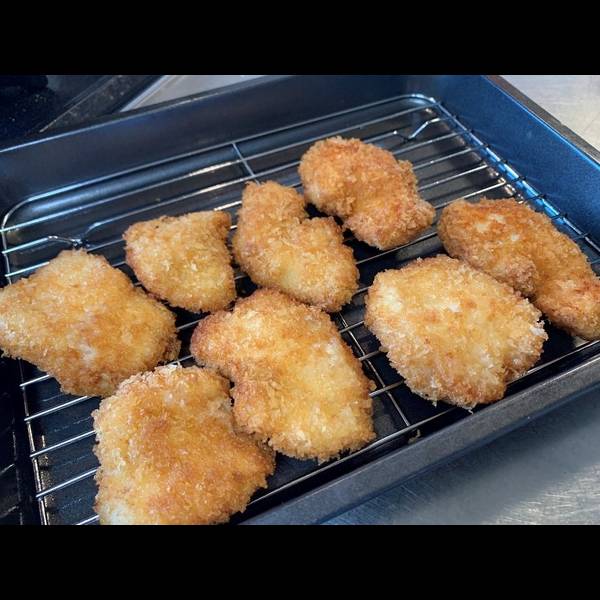 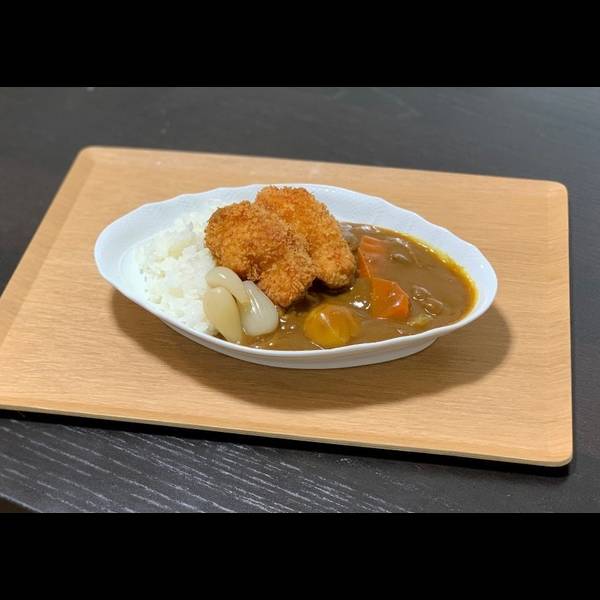 Now your chicken katsu is done! Serve it like we did over a bowl of Japanese curry rice, or however else you would like. We hope you enjoy this simple recipe and try it out for yourself!