Tempura is a standard food that can be found anywhere in Japan, but in fact, its roots do not originate in Japan. Tempura actually originated in Portugal and was introduced to Japan during the Muromachi period (1300s). The Portuguese version used a thick batter to cover the ingredients, which is much different from tempura served today. In addition, oil was seen as a luxury item during those times, so the general public was not able to enjoy tempura easily.

After the Taisho period (1926), the style of tempura similar to the current style of light and crispy tempura served with a dipping sauce was established. After World War II, many oils and other common household ingredients became available, so tempura became a regular dish found in ordinary Japanese homes.

Tempura is served as a main dish at home or in tempura restaurants. Alternatively, it is also eaten as a combo meal with soba noodles at soba restaurants. Another delicious way it is enjoyed is as tendon -  tempura served over a bowl of rice and drizzled with a sweet sauce.

The style of tempura differs a bit between the Kanto and Kansai regions.

The first noticeable difference is that the batter is different. The Kanto style of tempura uses a batter made from wheat flour, eggs, and water, while the Kansai style uses only wheat flour and water.

Second, the oil and frying methods are different.

Today, we will introduce a Kansai-style tempura recipe, and we’ll also be making it gluten free! As mentioned previously, tempura contains wheat flour, but we will be making a gluten free version using rice flour, so that anyone can make this recipe at home! Tempura made with rice flour also becomes crispier!

As a side note, there are two main ways in which tempura is enjoyed in Japan. It is either served with Mentsuyu (concentrated Japanese soup base) with grated daikon radish, or salt. If you eat tempura at a restaurant, ask the waiter which style is recommended! 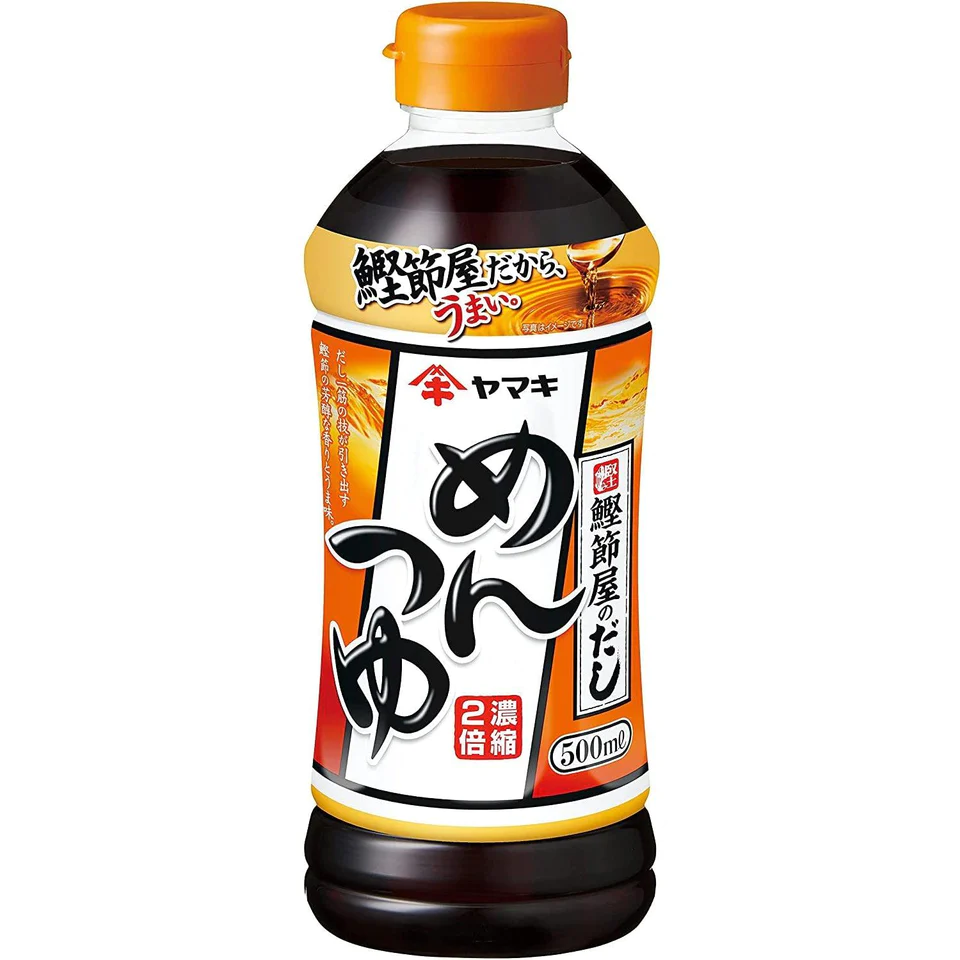 Mentsuyu is a seasoning made by adding dashi, mirin, and sugar to a soy sauce base. It’s used for noodle dishes such as soba, udon, and somen. And it’s also used as a dipping sauce for tempura or stewed dishes. It’s a convenient seasoning that every Japanese household must have a bottle of. Depending on the product, there are straight types that can be used as is and concentrated types that can be diluted by adding water. After opening the bottle, store it in the refrigerator, but keep in mind that it has a short shelf life! The straight type will last about 3 days and the concentrated type will last about 2 weeks. If it cannot be used up in time, you can freeze it in small portions using an ice tray. 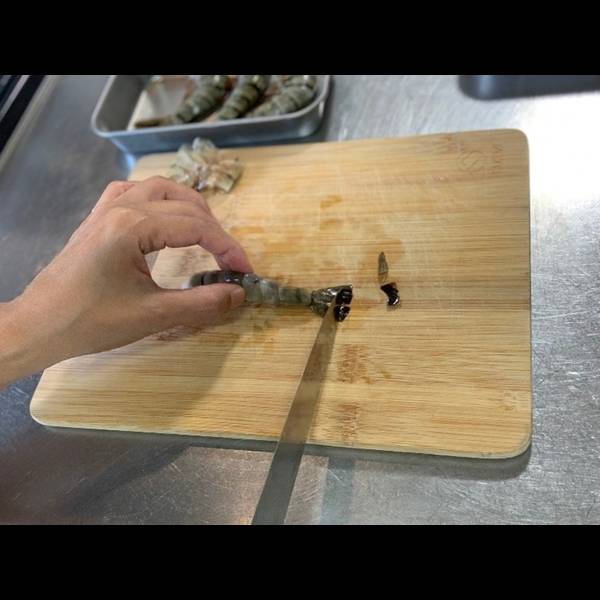 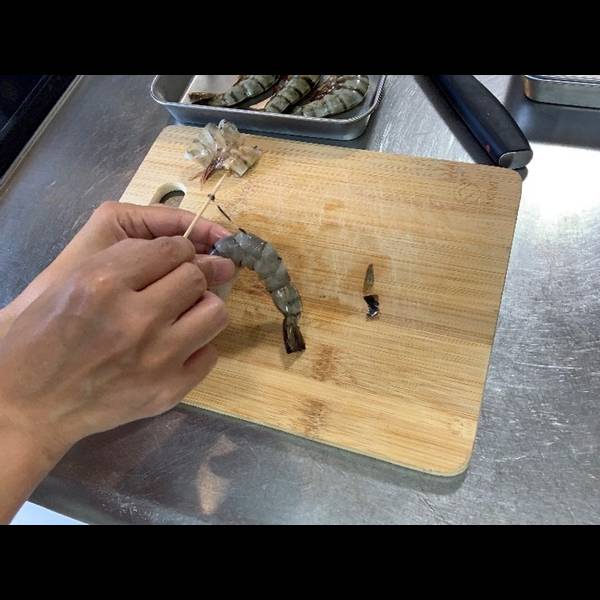 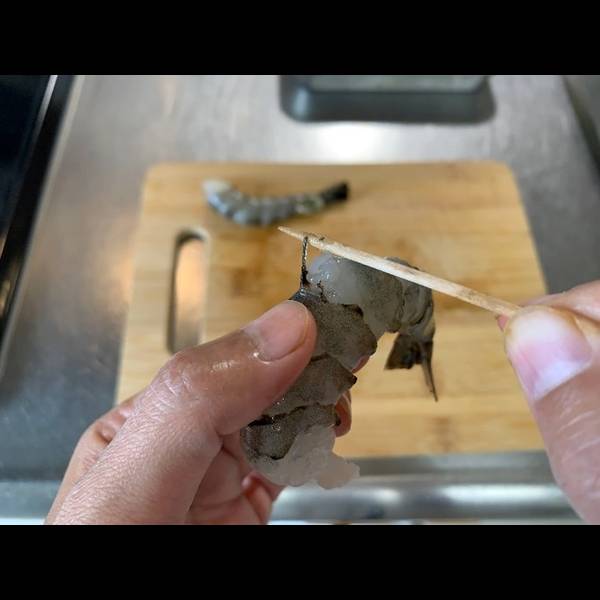 Prepare the shrimps by removing the skin, spreading out the tails, cutting off the tail tips, and scraping out the water from inside the shrimp with a knife.  Devein the shrimp with a toothpick. Make incisions at 1 cm intervals from the tail. (Be careful not to cut all the way through the shrimp.) Make the same incisions on the opposite side. (This will keep the shrimp straight after frying, and give them the iconic shrimp tempura look.) Once both sides are done, stretch the shrimps with your fingers to straighten them out. After opening the bottle, store it in the refrigerator, but keep in mind that it has a short shelf life! The straight type will last about 3 days and the concentrated type will last about 2 weeks. If it cannot be used up in time, you can freeze it in small portions using an ice tray. 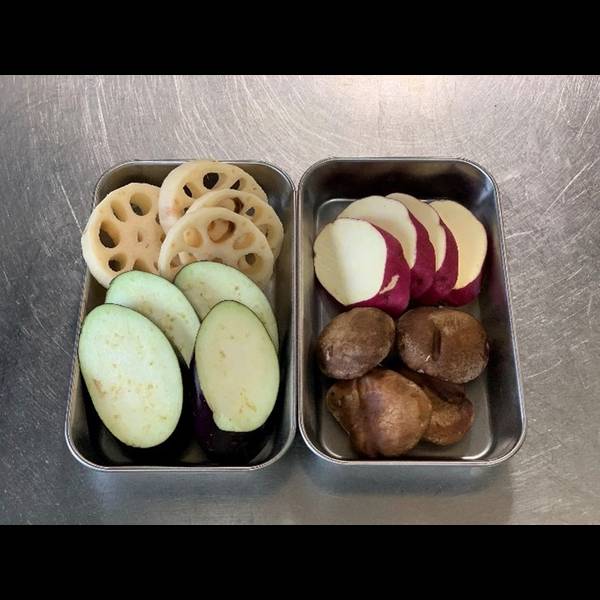 Prepare the vegetables: Cut the sweet potato, lotus roots and eggplant into small pieces. Cut off the stem of the shiitake mushrooms. After opening the bottle, store it in the refrigerator, but keep in mind that it has a short shelf life! The straight type will last about 3 days and the concentrated type will last about 2 weeks. If it cannot be used up in time, you can freeze it in small portions using an ice tray. 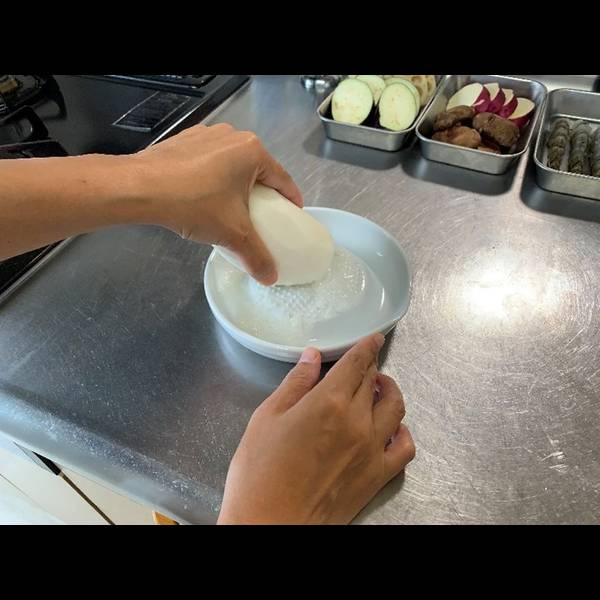 Grate the daikon (Japanese radish) for mentsuyu (concentrated soup base). 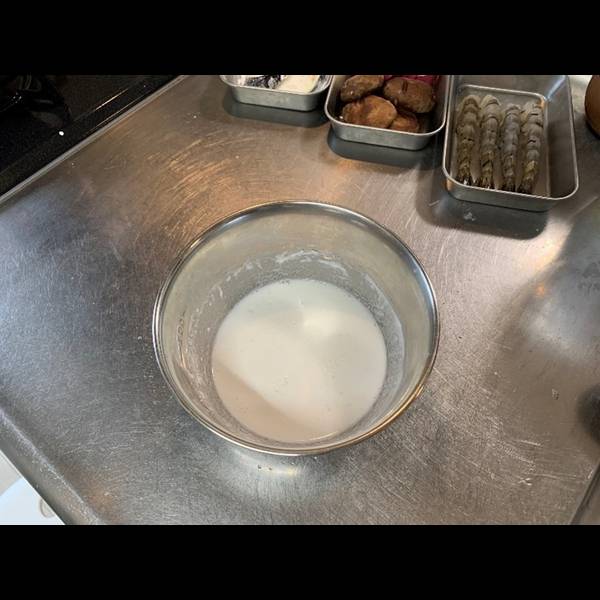 Mix batter ingredients - rice flour, baking powder and cold water until just combined. Do not mix too much! 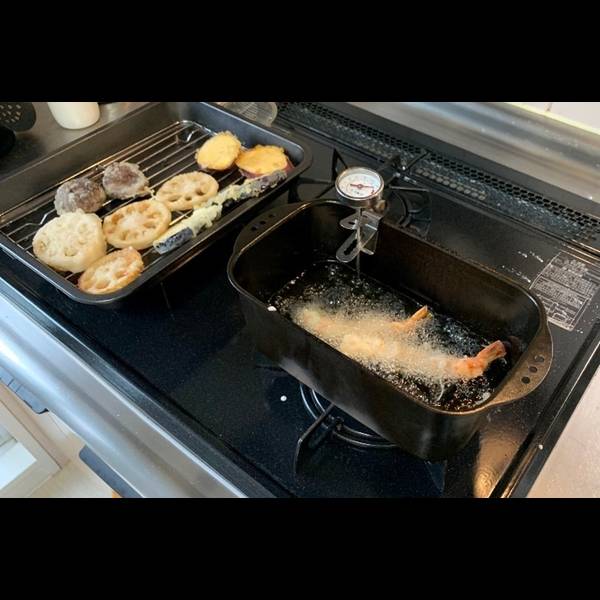 Wipe off any excess water from the ingredients and make sure they are fully dry. Sprinkle some rice flour onto them (non-amount included in the recipe. This will allow the tempura batter to better stick to the ingredients, preventing the batter from flaking during the frying process.) Dip the ingredients into the batter and deep fry in oil for 2-3 minutes at 160~165℃ for vegetables, 170~175℃ for shrimp. Your pot should be filled with about 3cm of frying oil. 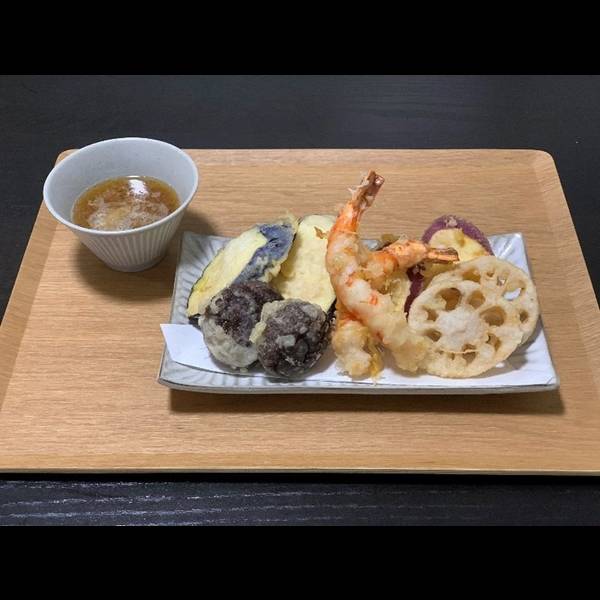 Add grated daikon to the mentsuyu and serve with the freshly fried tempura. Enjoy your homemade gluten-free tempura!